*This information is an extract from the colour-book produced by the Museum of Fire's Heritage Team to celebrate the centenary of Quirindi Fire Brigade. Should you wish to use any of the information and pictures provided we ask that you please reference the Museum correctly and contact the Museum for permission where applicable.

The Need For A Local Fire Brigade in Quirindi

Though the need for a brigade did not go unnoticed by the people of Quirindi. As early as 1902 locals were writing to the newspaper explaining that a fire brigade was “badly needed”. Within one year (1901-1902) three serious fires had occurred in what is described as the most valuable block of the town, which comprised multiple shops and dwellings, at least two hotels, the newspaper office and the bank. Over the coming years the requests of citizens for a brigade were constant, however it wasn’t until 1911 that the issue of fire protection for Quirindi was first brought to the Board of Fire Commissioners of NSW attention, when the Central Butter Factory and Ice Works wrote to the Board on 24 October 1911 requesting information for the application of the Fire Brigades Act.

The Board responded by explaining that under the Local Government Act 1906 the Council could establish and maintain a local brigade independent of the NSWFB. The 1909 Act allowed for the Board to equally establish brigades across the state, however in this case Quirindi did not meet the necessary requirements due to a lack of reticulated water, for a Board approved brigade. As such the Board explained that the local Council could establish their own brigade and to aid in this process the Board sent the Council a list of the approved equipment for a non-Board country fire brigade. This amounted to approximately £400 (approximately $28,000 today).

The Establishment of Quirindi Fire Brigade

Due to the cost, no further action was undertaken at this time, however in December 1918 the local Council again raised the issue with the Board of Fire Commissioners of NSW. As a result, the Fire Brigades Act was extended to Quirindi with the brigade coming into effect from 1 January 1920.

Before the introduction of the brigade to Quirindi the town did have an old hand cart as well as some other minor firefighting equipment for use in case of fire, however this was used mainly for street watering rather than firefighting. After the brigade was formed this equipment was transferred to the brigade, however it remained the property of the Council.

Cecil Andrew Moore, aged 27 at the time, was provided with glowing references by his employer and members of the local community. In these letters of reference, it referred to the fact that over the years when a fire did occur in the town, Mr. Moore was present and conducted himself admirably on each occasion. According to the residents of Quirindi he was considered to be an asset to the formation of the new brigade.

Mr Moore was appointed Captain of the new volunteer brigade. The members of the new brigade were:

Initially the brigade occupied a shed on Dalley Street at the rear of the Council Chambers. The old doors from Waratah Fire Station in Newcastle were transported to Quirindi for use on the shed. The members of the new brigade erected a bell post outside the shed and the brigade remained in this building, free-of charge, until 1923 when a purpose-built station was erected.

The brigades first official appliance was a hose reel that was previously in use at Tamworth Fire Station. In October 1919 it had been inspected by the Board of Fire Commissioners of NSW and deemed usable only if repairs took place at the brigade workshop in Sydney. Whilst this took place the Board also suggested the name ‘Tamworth’ be removed from the reel. On 31 December 1919 the reel was dispatched for Quirindi from the workshops.

One of the first fires attended by the brigade was at a wooden shop in Station Street. The shop was located between the Royal Hotel and Skin Dealer’s Shop. Before the newly formed brigade were even on the scene the shop was guttered and the fire had spread to the hotel and other neighbouring shops. Despite this the brigade were able to extinguish the fire and stopped any serious damage to the other neighbouring premises. The newly formed brigade was praised for their efforts.

The new Quirindi Fire Station was erected by Mitchell Bros for the contract price of £1,191:10 (approximately $96,474 today). An additional recreation room was added onto the original construction plan for a price of £46:8 (approximately $3,757 today). In this instance the brigade had requested the facilities and the Board of Fire Commissioners of NSW elected to provide the brigade with the requested facilities, as during this time period the recreation room was often used as a meeting place for brigades in country NSW.

The station was officially opened on 24 March 1923 (in some reports noted as 23 March) by the President of the Board of Fire Commissioners of NSW, though the land wasn’t officially dedicated for fire brigade purposes until 14 November 1924.

Quirindi Fire Brigade Over the Years

The brigade received their first motor appliance, a Garford-Hale in May 1925 as part of the state-wide program to motorise all fire brigades. Until this time the brigade’s sole appliance was a hose reel that had to be transported by the members of the brigade to incidents. The installation of the new appliance was considered a great advantage to the brigade and in July 1925 a senior firefighter arrived in Quirindi to instruct the brigade on how to use the appliance and perform driving tests.

In 1933 renovations took place to add living quarters to the station. This addition included two bedrooms, living room and a kitchen.

In 1970 a large ceremony was held to award numerous long service medals to members of the Quirindi Brigade. At this time, it was noted that the brigade comprised two sets of fathers and sons and two sets of brothers. Thus, of the ten members of the brigade eight were related to at least one other member, illustrating just how strong the community spirit within the town was. In addition to this figure it was also noted that no member had resigned in 11 years which meant the “junior” man of the brigade had 11 years’ service!

According to the latest FRNSW Annual Report (2018-2019) Quirindi Fire Brigade responded to 50 incidents, of which only 9 were fire related illustrating the variety and expanse of the brigade’s responsibilities and capabilities. 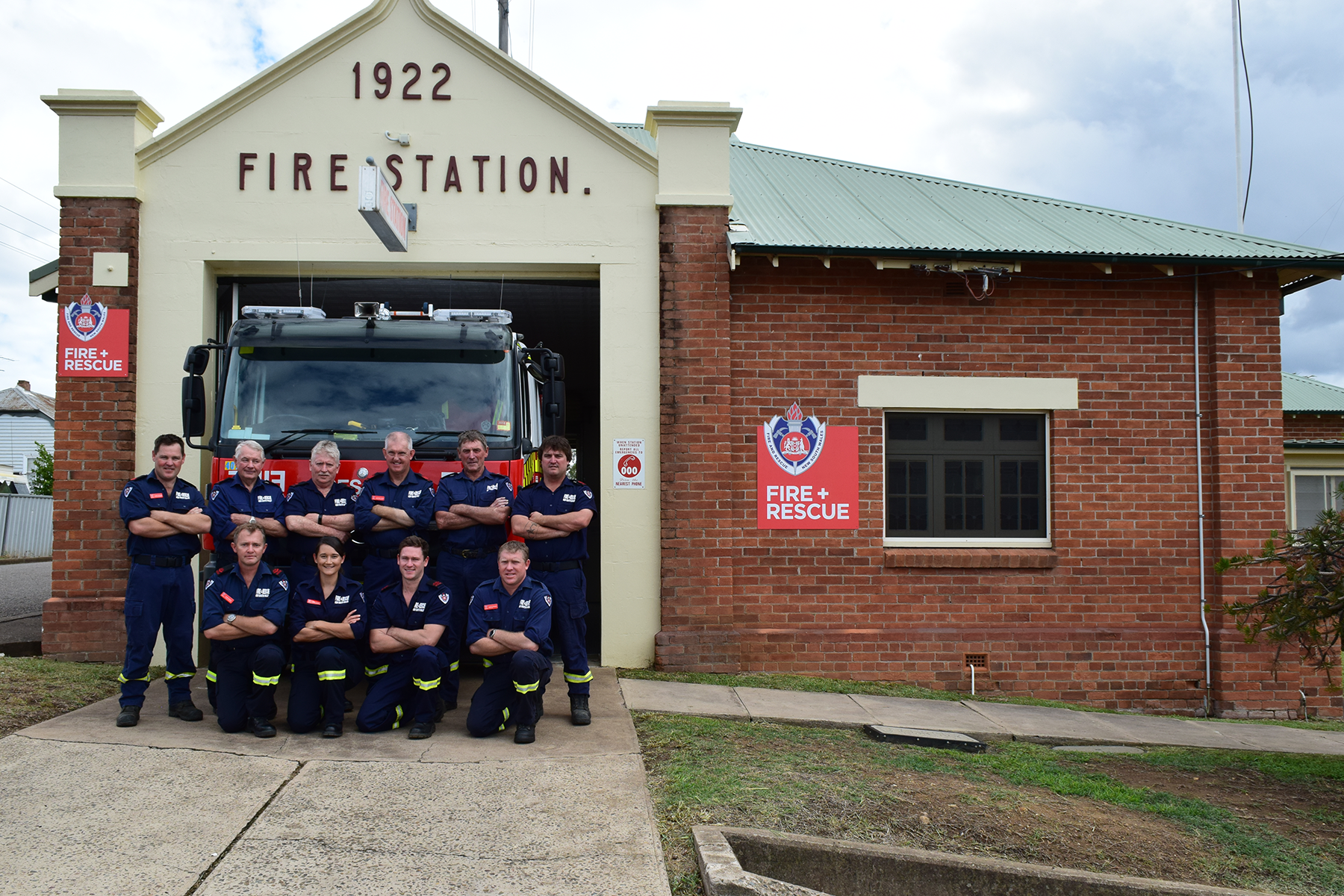 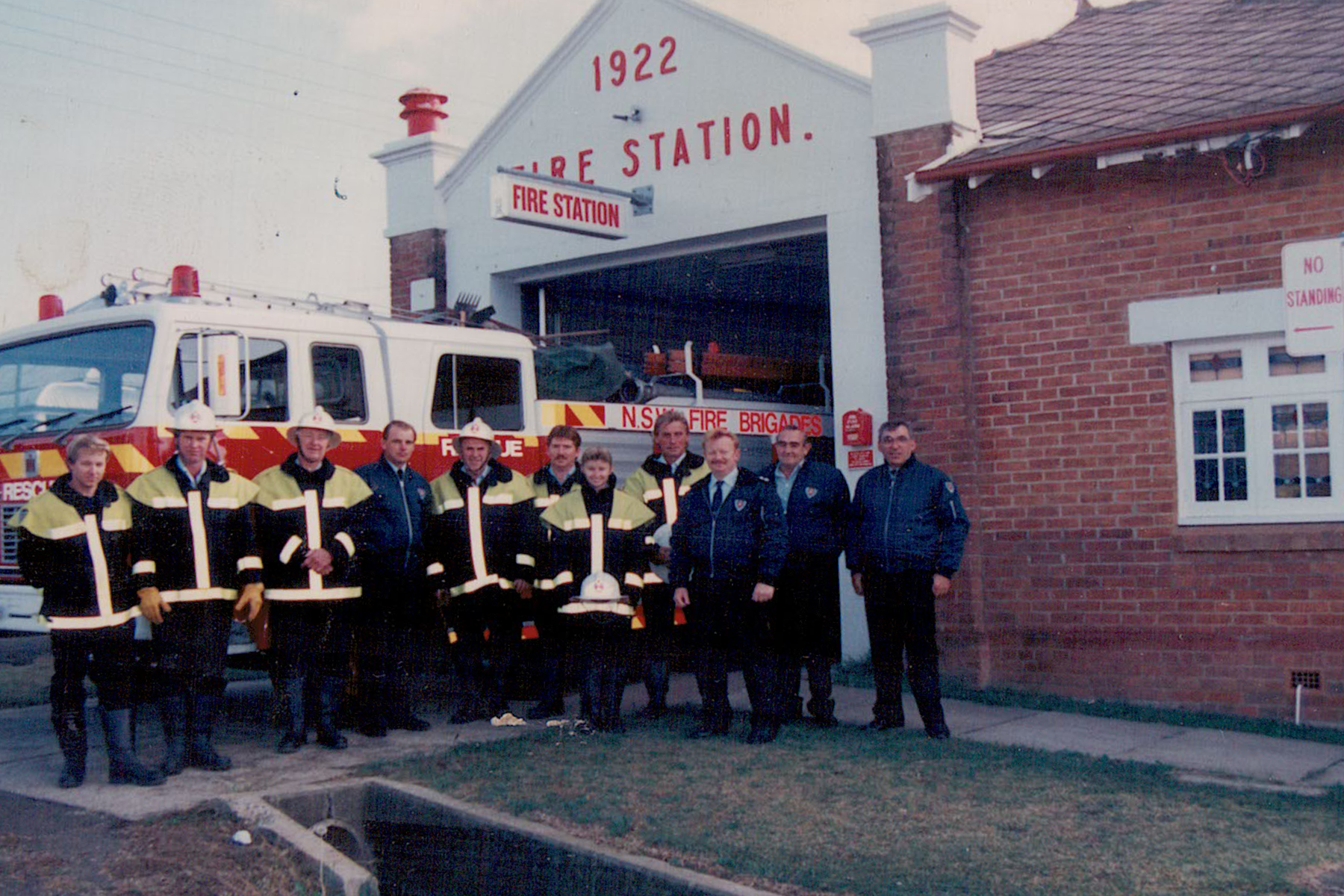 We hope you enjoyed this station focus and we look forward to continuing to share them on this blog!

From Fire Station to Café

What is History Good For?

History Week Special Feature: The Most Recent Addition to the Museum's Collection

An Update from Our CEO - Exciting Things Are Happening at the Museum!

‘RPAS01 BEAR’ Touches Down at the Museum of Fire